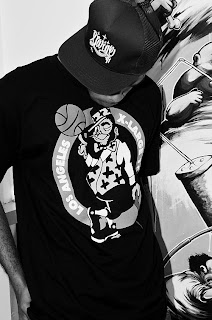 Element  is a 23 year old Los Angeles native that has been around music all of his life. Born December 16th 1986 ,this young & talented rapper seems to be destined for success. Element has been around music all of his life, and got the music bug in his system at an early age. His father was a musician as well , and was often known for playing tunes around the house on the families piano. Though there wasn't always a happy tune playing. Element would get abused by his mother on occasions. This physical and psycological abuse led him to turn his energy to more positive things like reading and writing poems. It was a way for him to forget about the harsh realities that surrounded him, and it helped enhance his skills as an artist.  In 2001 The Underground Hip Hop scene got a taste of Element. He began joining rap battles , and competitions. His lyrical skills still have people raving about his performances in those contests. Also in 2001 he entered the World Rapping Championship (WRC) where he competed against some of the best emcees in the world. 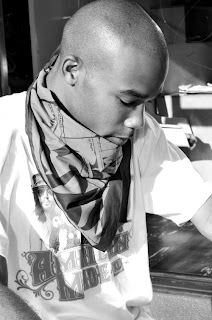 Soon after the (WRC) "Element" , and a few friends of his formed a group called "Custom Made",and the group released a few albums together.

Currently Element is due to release his solo album.  Produced by "Abstrakt Sounds" .This solo album is greatly anticipated by many. Abstrakt also worked with Element in the past on "Great Expectations" which gave a vivid picture of what life his like dealing with poverty, drugs, and politics while being a young black male in Los Angeles.

"A Long Story Short" produced by Abstrakt is a album to go get. Its unlike any other and the content will definately make you think ,and have your head bobbin.
Element & "Abstrakt " have been in the studio working hard to make sure their fans have quality music to listen to. Element says that he wants to break barriers with his music, and bring people of all races together." Ladies & Gentlemen wait no more because I have an inside look at the exlcusive video to "Self  Explanitory". Directed by: Chris (Reelife) Hodge. Enjoy !

Now a little bit of fun with Element. Here is an interview he did that allows you to get to know his lighter side.  Enjoy !

Abstrakt Soundz (Anthoney Bowman) is also Los Angeles native. He produces instrumentals and beats for whatever you can think of from R&B songs to hip hop, rock, movies, cartoons, tv shows,and even radio drops. Ironically he didnt start  listening to Hip Hop and Rap until about 2001, after he graduated from High School. Which you wouldn't even be able to tell from the quality of the music he makes. Abstrakt Soundz has been producing music professionally for over five  years now , and has some amazing work under his belt.

Most of the music he makes is based off of how he's feeling at the moment. When he gets in his zone he creates magic. Abstrackt and Element have worked on two projects together. The first project they did wasn"Great Expectations" and their most recent "A long Story Short." Great expectations was released in summer 2008 and got excellent reviews. It gained the two worldwide exposure and respect as a team. They made one video from "Great Expectations" called "Beautiful End". Directed by Ace Filmore Take a look !

"Beautiful End" got them great reviews on noted websites like OkayPlayer.com ,KevinNottingham.com ,RapReviews.com , and a few others. They were also featured in URB magazine as one of the NEXT artists to watch out for. You guys shouldnt sleep on these two. Their music is innovative, and fresh.

Abstrakt Soundz Myspace
Twitter Abstrakt Soundz
Download "A Long Story Short"
Download "Self Explanitory" Video Here
Be sure to support these guys. Download "A Long Story Short" , and check out the video's as well. If you have any further questions or just want to holla at the guys feel free to contact them on any of the given networks. Shot out to "Element" & "Abstrakt Soundz", a special Shot goes out to Chris (Reelife) Hodge for sending these talented artists my way ......
Posted by Hip Hop Swagga at 4:38 PM