Every now and again I will post articles that my subsciberz write. This is yet another way for my subscriberz to express themselves & get things off their chest. Or a chance for you guys to tell the world about whatever is on your mind. This first Article is by Lamar C.: Again this is all written by subscriberz I just post em ! 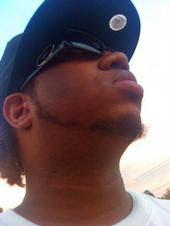 I been at my job KROGER for almost 5 years now.I started off on the night crew but one of the managers told me that they were going to get rid of me so she hired me to work for her shift in the day time. Since I been there.They hired African American males to work on the night crew but a few months and even weeks down the line they would get rid of them.Saying they were to slow, or didn't work hard enough. I
can name up to 7 people that this has happen to.

Last year.The hiring manager Theresa gross told me that she would hire my brother to work for the company,he had an interview and everything but once he got there she said that she couldn hire him because no family memebers can work together.We have several white people that have family members there and after they told me and my brother that..they hired a while ladies husband.Also there are only two African American males at my job that are full time.If you are black you can't become full time at kroger.We are also the lowest paid out of all the stockers

It says Cincinnati-based Kroger violated the rights of 49-year-old Luther Spears by unlawfully blocking his opportunities for promotion at a Mansfield store.


The lawsuit seeks elimination of the alleged discriminatory practices and unspecified compensatory and punitive damages for Spears.
The EEOC says Spears has worked for Kroger for 24 years and been denied numerous promotions.

The suit says he often trained younger, white employees who received the promotions.

(Copyright 2008 by The Associated Press. All Rights Reserved.)

Copyright 2008 The E.W. Scripps Co. All rights reserved. This material may not be published, broadcast, rewritten, or redistributed.


Ms Kay Says:
There is something that can be done. Start documenting everything that happens every remark, time and date that it was said, everything. Save write up slips if there are any. Save pay check stubs they prove how many hours you work. Check to see if the people that get more hours have been there before you. If so then what they are doing is legal because they go by senority. If you have been there for 5 years and someone that has been there for 2 years gets more hrs you are entitled to have more in that case. You have a lawsuite on your hands and I would advise you to investigate the situation. Go off of facts thats what wins cases & proof !

Thanks for adding your story Lamar. 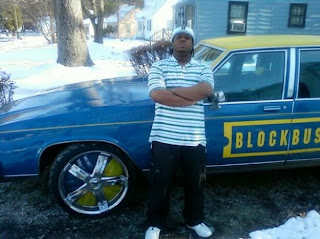