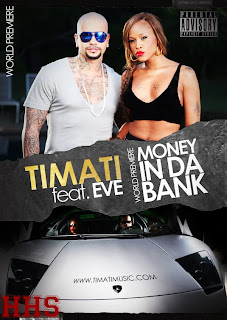 Label Submitted by Black-Star.ru
Timati - musician, producer, businessman. For today - the main newsmaker on Russian Hip-Hop and R'n'B scene, one of the most popular artists, whose music projects are always successful. Timati - first russian hip-hop artist, who has entered the international music market. Music alliance of world hip hop stars on his album the "The Boss" was the loudest release on the Russian market in 2009 and according to the biggest hip-hop portal Indarnb, won the Best Album of 2009. The album brought together such stars as Snoop Dogg, Busta Rhymes, Mario Winans, Xzibit, Nox, Jimmi Sissoko and others. Business success doesn’t prevent him from being involved in charity, he is a member of the Board of Trustees of the Moscow International Foundation with the assistance of UNESCO Timati Music .
Posted by Hip Hop Swagga at 12:49 PM