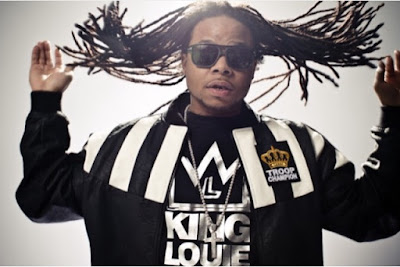 Chicago rapper King Louie was shot in the head Wednesday afternoon in the Ashburn neighborhood on the Southwest Side, his management team confirmed.
The rapper  whose real name is Louis Johnson Jr. was shot while in a vehicle in the 3900 block of West 83rd Street about 3:30 p.m.
Police said he was taken to Advocate Christ Medical Center in Oak Lawn, where his condition had been stabilized by the team of doctors on duty.
A representative from his management team said he was “awake and talking.”
Further details were not immediately available.
King Louie, 27, coined the term “Chiraq” in 2009 and is also credited with the creation of “Drillinois,” a term that plays off the hip-hop genre of “Drill” that he and other Chicago rappers, including Chief Keef, Lil Reese, Lil Durk and G Herbo helped popularize.
“I called it Chiraq, but I wasn’t caring about the Chiraq part. I was caring about the Drillinois part; I was caring about the drill movement,” King Louie told the Chicago Sun-Times in 2014.
King Louie released a song on Dec. 4 titled “F— Spike Lee,” the same day the New York director’s film “Chi-Raq” premiered in theaters. We will keep you posted on his recovery.
Posted by Hip Hop Swagga at 9:57 PM