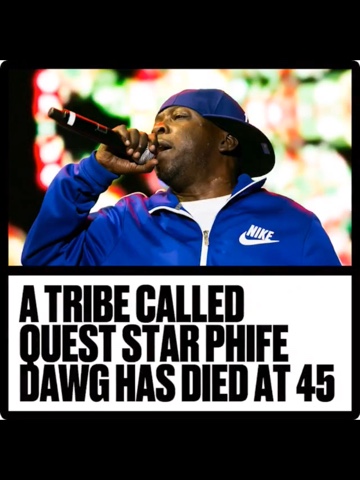 The news was posted by DJ Chuck Chillout on Twitter just after 1 a.m. eastern time Wednesday morning, and music website Bluntiq just tweeted the following: “We’re saddened to report that Phife Dawg of A Tribe Called Quest has passed away. RIP to the legend.” Others, like Aesop Rock, Steve Aoki, and El-P, have chimed in with condolences.

Taylor formed A Tribe Called Quest in 1985 with MC/producer Q-Tip and DJ/producer Ali Shaheed Muhammad. The group is considered one of the pioneers of old-school hip-hop.

The cause of death has not been made public. We’ll post any updates as they become available.
Posted by Hip Hop Swagga at 10:03 AM